Humans and Other Dancing Animals

A new study shows that chimps can move to a musical beat, suggesting that primates have danced for millions of years 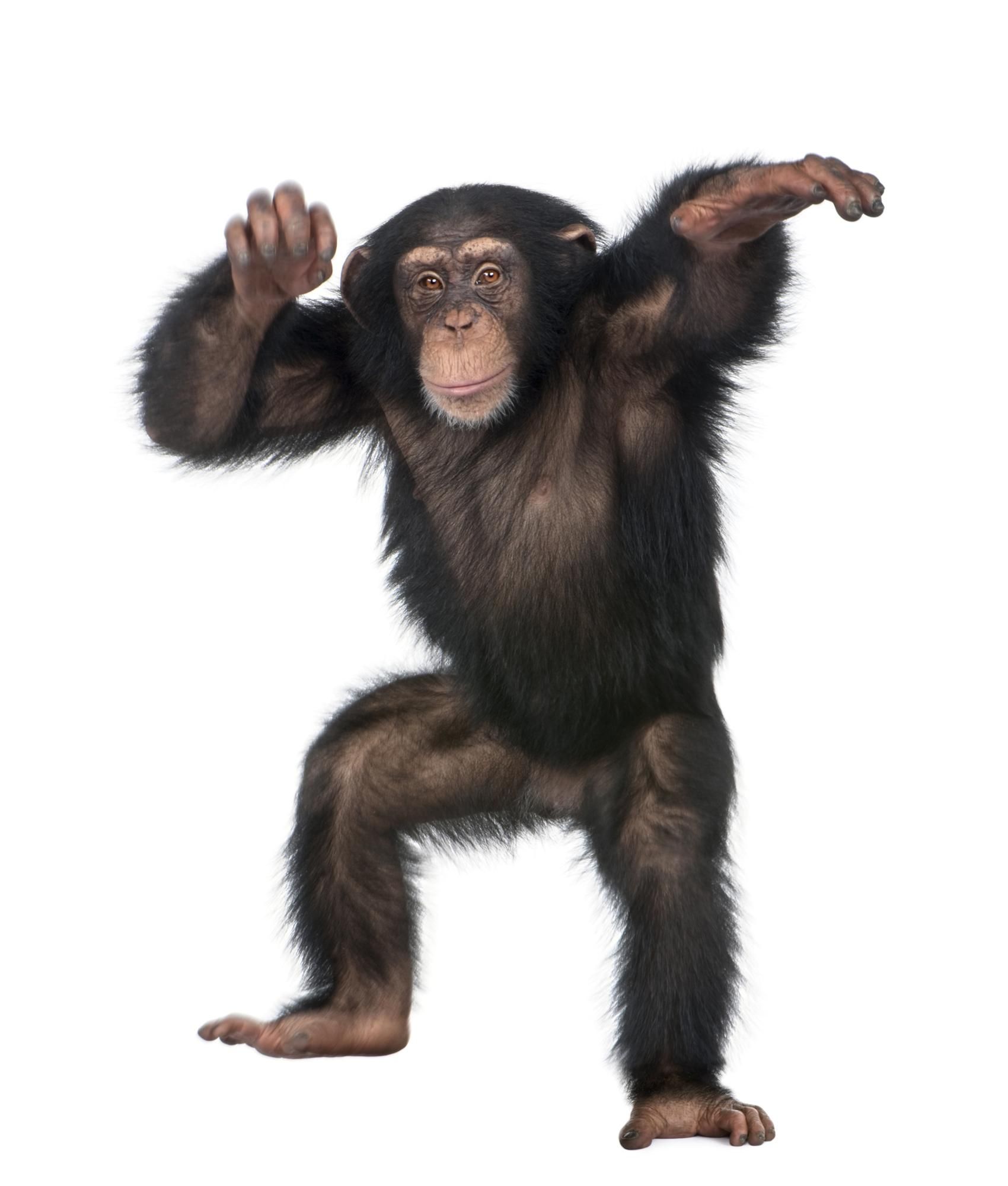 Most of us have heard of dancing bears or dogs that can do the samba. But those animals are trained to perform; none of our animal friends can spontaneously cut a rug. Or so I thought.

Now a study published in Proceedings of the National Academy of Sciences shows that chimpanzees exposed to electronic music will sway along with the beat. Like us, they are better at matching their moves to the music when they are standing, as opposed to sitting or crouching on all fours. But make no mistake, these chimps move in a way that looks an awful lot like dancing: “The chimpanzees mostly swayed their whole body, but rhythmic movements of body parts such as hand clapping or foot tapping were also observed,” the study reports.

Pan troglodytes, to use the scientific name for chimps, is one of our closest evolutionary ancestors. They have previously been known to bang rhythmically on tree trunks and to hoot and call to each other in a way that sounds like call-and-response singing. But the observation that chimps can move their bodies in time to music is new. It suggests that dancing has existed in higher-level primates—a group that would include us humans—for at least six million years. That’s roughly how long ago humans split off from other higher apes, like chimps.

The authors of the new study—Yuko Hattori, a researcher at the Kyoto University Primate Research Institute, and Masaki Tomonaga, a professor of language and intelligence there—discovered this rhythmic ability by playing two-minute audio clips to seven chimps in their lab. The music sounds like a series of thrumming bass chords played on an electronic piano. The cadence and tempo of the recordings changed at regular intervals so that the researchers could assess whether the chimpanzees could sync their movements to what they were hearing.

Though the chimps in this study seemed like they were grooving to the beat, not all primatologists would call that dancing. “It depends on what is meant by dancing,” according to Richard Wrangham, a Harvard University anthropologist who is an authority on chimpanzees. “Jane Goodall called the male group displays given at the onset of rain or heavy wind ‘rain dances,’ but that seems an exaggerated use of the term,” he told me in an email. “I have seen horses and hartebeest respond to heavy rain by galloping about. The more conservative view that I prefer is that the capacity for dancing is more than six million years old.”

That capacity has been observed in other species too, like sea lions, bonobos and parrots. In fact, members of the parrot family, like budgies and cockatoos, are even better at syncing their movements to a beat than chimpanzees are, wrote Dr. Hattori.

Take Snowball the cockatoo, whose fancy footwork, timed to Queen’s “Another One Bites the Dust,” has become clickbait. After Harvard psychologist Aniruddh Patel saw videos of Snowball on YouTube, he decided to investigate. Given that parrots are superb mimics, could Snowball have been imitating someone outside the frame? Or was he trained to dance?

The answer to both questions was no: Snowball was independently bobbing his head and high-stepping to the song. Like Akira, the best dancer in the chimpanzee study, his brain seems wired for music. Clearly, our human brains also have evolved to sway, shimmy and shake our bodies along to music. But so far, anyway, we’re the only ones who know the words and can sing along.